Outline of its explanations:

How could Alice and Bob agree on a secret color without Eve finding it out ?

This is a one-way fonction. 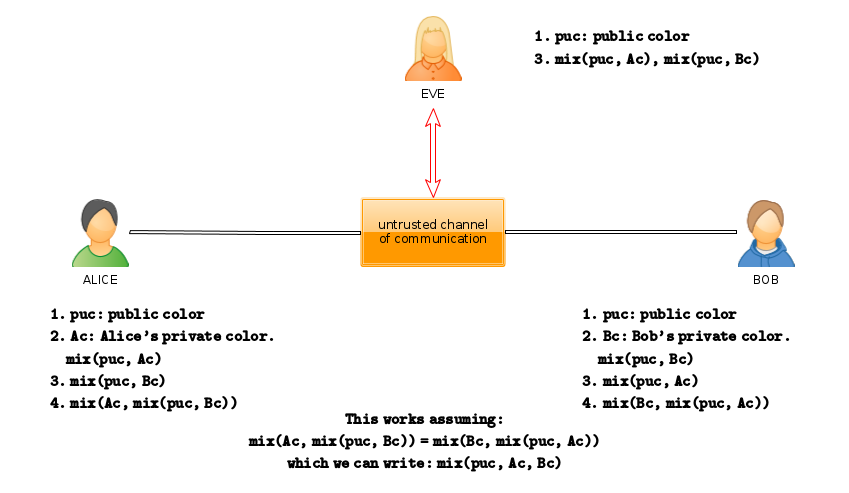 This idea can be applied to the exchange of numbers by computers: how could Alice and Bob agree on a secret random number without Eve finding it out ?

We need a one-way function similar to color mixing.

Let's draw the same diagram as the one illustrating the color exchanges: 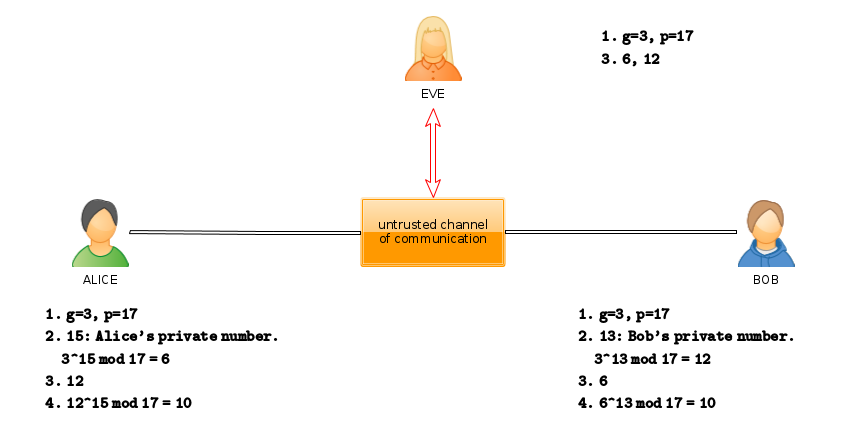 Both are instances of the same discrete logarithm problem, namely calculating the inverse function of the initial one-way function \(\mathbf{x \mapsto 3^x \pmod{17}}\). Eve can't do it just like knowing only puc and mix(puc, Ac), she could not inverse the mixing operation and extract Ac, Alice's private key, or similarly could not extract Bc, Bob's private key.